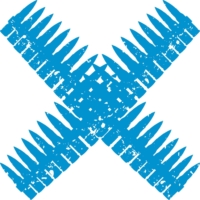 When we decided to write a blog my immediate reaction was, “no one is going to read what I have to say.” While this may be true, hopefully those who do read this find value or can offer their own viewpoints on the subject. With that said, I wanted to give you some details regarding my path to where I’m at now. I have spent most of my life training. That has looked different at times and at different stages of life, but for the most part I have been consistently training my entire life. There was a 2 year window where weight was gained, beer was consumed, and late night Whataburger trips were made, but that is something that we don’t need to address at this time.

Early on I took a liking to sports. I loved basketball and was put in swimming at a very young age. I started swimming when I was 5 and swam up until the age of 12. With swimming, we followed a consistent program that was established and you had to meet certain requirements before advancing to the next stage or class. It started with learning how to blow bubbles under water and you would then progress based on your skill. Most of the athletes advanced due to their time of certain events or, in some cases, age. When I quit swimming I was in the best class that the program offered. Looking back, I know the only reason why I made it to that class was because I was consistent. Our parents were big on showing up every day. We didn’t skip workouts. I remember the first summer I got moved up to “A” team. We would swim in the morning, evening, and sometimes, during lunch. Based on time alone I was able to get better. I reached some small milestones and made it to some state meets but over time, I fell off the swimming bandwagon and lost the drive to workout 2-3X a day. Looking back it was pretty simple, I never had a goal. More on this to come…

Moving on to a different sport. This is big because now I get to leave the speedo in the drawer and the “Sworts” become a staple to my attire. At the age of 12, I had to choose between basketball and swimming. I chose basketball and took part in all the leagues and competitions that were available. I played everyday. I was the kid with a key to the gym. I went to the 5:30am open gym workouts in high school and stayed after school for pick up games. Man, just thinking back to those days brings back some fun memories. What I realize now, is that I took the amount of time practiced in swimming and filled that with basketball. The only difference is I had a goal. My goal was to play college basketball. All the time invested in the sport was going to be worth it because I wanted to go to college and play basketball. Some would say I made it, but sitting on the bench at a NAIA school was not my idea of making it, so I decided I was done with basketball. This is where the 2 year period of drinking, double meat-double cheese burgers, and late night country dancing became a staple part of my training regime.

You may start to see a trend here and I promise I’ll get to my point. The next sport I turned to was running. I started training for my first marathon by running 3 miles in a sweat suit. There was no science behind this and I don’t advise anyone to do this. I would run 3 miles at 5:30pm everyday. This went on for 3 weeks and then I moved to a wool sweater and increased the distance to 5 miles. Once I got under 200lbs, I started running without any crazy outfits and slowly began increasing the miles I would run each week. It didn’t matter how fast I would run, it just mattered how far I would run. I found a peace in this training and became fairly successful at it. I did my first marathon in 3:36:00 and was instantly attracted to the sport. I set a goal to qualify for Boston and determined what my splits needed to be to qualify. At the time, you had to run a 03:10:00 marathon which required your splits to be under 7:13 per mile. I trained for this by keeping all my miles under 7:10. I ended up qualifying in Phoenix which is where I discovered Ultra Marathons. I was blown away and instantly became attracted to the idea. I have ran three 50 mile races and attempted to run two 100 mile races. Unfortunately, I live knowing that I quit at the 75 mile mark of both 100 mile races. I’m not happy about it and I am motivated by the feeling of not finishing the race. After my last 100 mile race I discovered CrossFit. CrossFit appealed to me because of how fast the workouts were. You train for a hour and then your done. You go hard and then you go home. Through CrossFit, I have seen flaws in my training and have been able to discover more effective ways to train.

CrossFit exposes weaknesses. The beauty is that it tests all 10 components of fitness which are believed to be cardiovascular endurance, stamina, strength, flexibility, power, speed, coordination, agility, balance, and accuracy. Failure to acknowledge or develop one component will inhibit your ability to progress within the program of CrossFit. It is essential that you establish a goal in CrossFit. In swimming, I never developed a goal and found the training to be repetitive and boring. Was it the sport or was it the fact that I was training with no pursuit? In basketball I developed a goal, but never spent the appropriate time developing my weaknesses. I could shoot and had great court awareness, but I never developed the things that I wasn’t good at. I only trained my strengths. With running, I took the “more is better” approach. I only measured the distance I would run and the time it took to run. When training for my last 100 mile race, I averaged 100 miles per week for the entire month preceding the race. I was overtraining and training one component of a sport that required much more.

Today, I train for longevity. I have goals for this month and this year but, ultimately I want to be able to train for the rest of my life. This is big for me because it changes how I approach each training session. I know that there wont be a significant change every day, but with time I will develop and grow as an athlete and a coach. One of the big things that I do each session is go in with the mindset of “move better.” So often we mindlessly go through the motions of a specific movement and create bad habits that grow. This can, and most likely will, cause injury or interfere with our ability to develop new skills. My advice and point of this blog is for you to slow down, have fun, develop a personal goal, and analyze whether or not what you have done in the past is effecting how you train today.

I share this with you all because the next 4 blogs will be about how we can train within a group class and still get the results we want. The first will be on adaptation and homeostasis, the second will be on types of practice, and the third will be on understanding movement. I’m fascinated with sports and fitness. I admire those who are at the top of their field and I’m always curious to see how they get to where they are. As I look back at my attempts to be good at a specific sport, I realize that the majority of my practice sessions were naive at best. Now I try to have purposeful practice with the ultimate goal of being able to have deliberate practice during each training session. I look forward to being apart of your journey and hope you enjoyed this post.